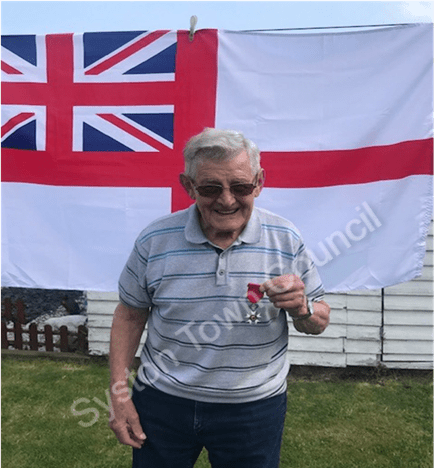 It is with sadness that we learnt of the passing of Mr Dennis North on 29 December 2022.  Dennis served with the British Royal Navy during the second world war.  He was involved in the D-Day landings to land troops on several trips from HMS Vivacious.  He also played a part in the sinking of Mulberry Harbour to allow larger ships to enter.

In 2019 Dennis was awarded the Investiture Legion d ’Honneur from the French Government, France’s highest distinction, this was for the part he played in the D- Day landings.