The end of the First World War marked the start of this story… The beginnings of a University in Leicester as a living memorial to honour those who made sacrifices during the Great War.

On Remembrance Sunday in 2018, the University of Leicester embarked on a mission to honour those who lost their lives and made sacrifices during the War, with a commitment to lay 100 wreaths across memorial sites in Leicestershire and Rutland. In 2018, eleven current students laid wreaths in the local area, following a dedication service at the University with speeches by
Sir David Attenborough and Sir Peter Soulsby. In 2019, a further 15 sites were covered as part of the project. This year 56 sites will be covered.
Attendees:
Michelle Lagah the lead representative for University of Leicester
Catherine Voyce Town Manager Syston Town Council
John Collis MBE Royal British Legion
Dennis North Royal British Legion
Gary Taylor Royal British Legion
We were pleased to see so many people attending on Remembrance Day
You can see photos from both events below 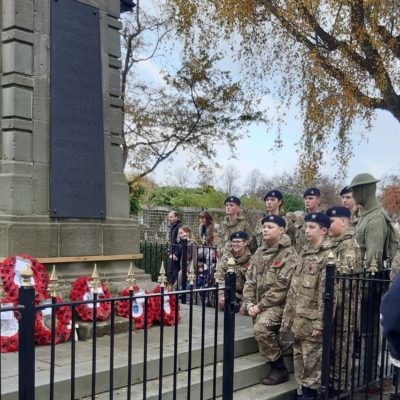 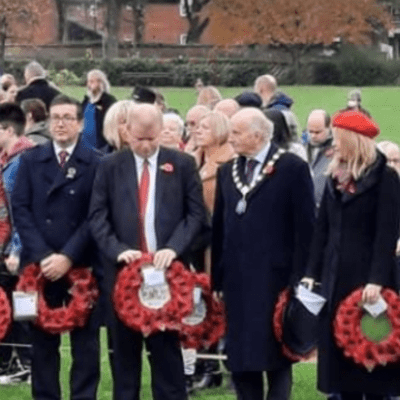 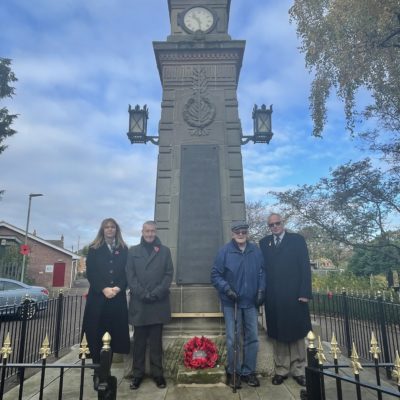 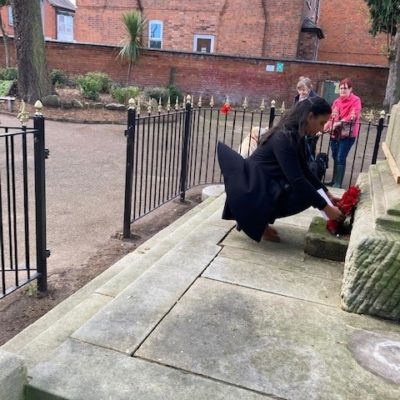 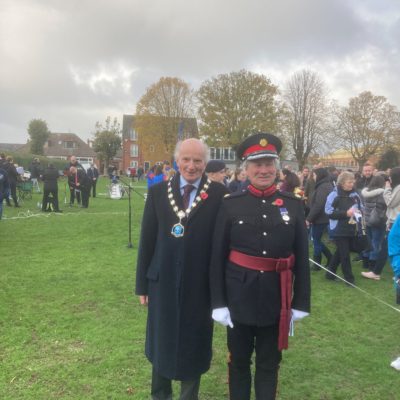 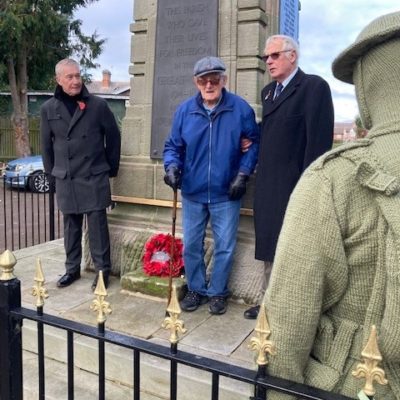